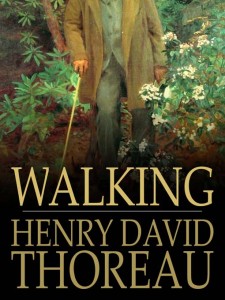 Our next meetup will be Wednesday, January 13. We will discuss “Walking” by Henry David Thoreau. The book is available free on Amazon Kindle and also free online via Project Guttenberg.

Henry David Thoreau, the naturalist, philosopher, and author of such classics as Walden and “Civil Disobedience,” contributed a number of writings to The Atlantic in its early years. The month after his death from tuberculosis, in May 1862, the magazine published “Walking,” one of his most famous essays, which extolled the virtues of immersing oneself in nature and lamented the inevitable encroachment of private ownership upon the wilderness.